The Central Coast consists of 8 provinces and cities in the North – South in order: Da Nang, Quang Nam, Quang Ngai, Binh Dinh, Phu Yen, Khanh Hoa, Ninh Thuan and Binh Thuan. The population is about 9 million, accounting for approximately 10% of the country’s population and area.

The terrain consists of coastal plain and low mountain, with the width of East – West (average 40-50 km), narrower than the North Central and the Central Highlands. There is a system of short and steep rivers, deep seas with many curved sections and narrow continental shelf. The delta area is not large because the mountains of the West spread along the south and gradually approach to the sea and direct to narrow the area again. The delta is dominated by rivers and sea, when forming it usually follows the base of the mountain. 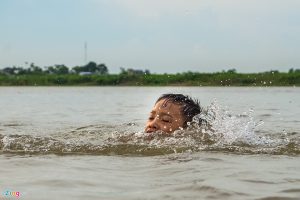 – Summer has Southwest wind; Southern part of the South Central Coast is less rainy and dry, especially in Ninh Thuan and Binh Thuan.
– Minerals are not much.
– The rivers have flooded fast, but dry season is very shallow.
– During the war, this region suffered losses of people and property.
– The technical facilities are poor.

REGISTER TO GET UPDATE FROM DADROTARY FUND