The Northwest is the western mountainous region of northern Vietnam, sharing the border with Laos and China.
The Northwest includes 6 provinces with an area of 5.64 million hectares with 3.5 million inhabitants (Hoa Binh, Son La, Dien Bien, Lai Chau, Lao Cai and Yen Bai)

The north-west is subjected to tropical monsoonal influences, with distinct contrasts: summer and winter. In summer, the temperature is usually over 40 degrees. The winter here is freezing, especially there is snow in Lao Cai, Sapa. The Northwest has heavy rainfall, with an average of 1800 – 2,500 mm / year. The special weather phenomena in the Northwest are the Lao wind and local cold winds. 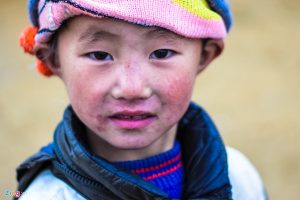 At present, the Northwest is still the poorest region in the country, the six North West provinces are still considered as “core of the poverty”. The Northwest poor citizens mainly focus on ethnic minority groups and mountainous and remote areas. The disturbance of climatic rhythm, river flow and high volatility are major obstacles to the region’s natural usage.

In winter, due to the influence of the Northeast monsoon, the temperature is too low and last for many days leading to heavy cold, frost, etc., affecting human health and the production. REGISTER TO GET UPDATE FROM DADROTARY FUND